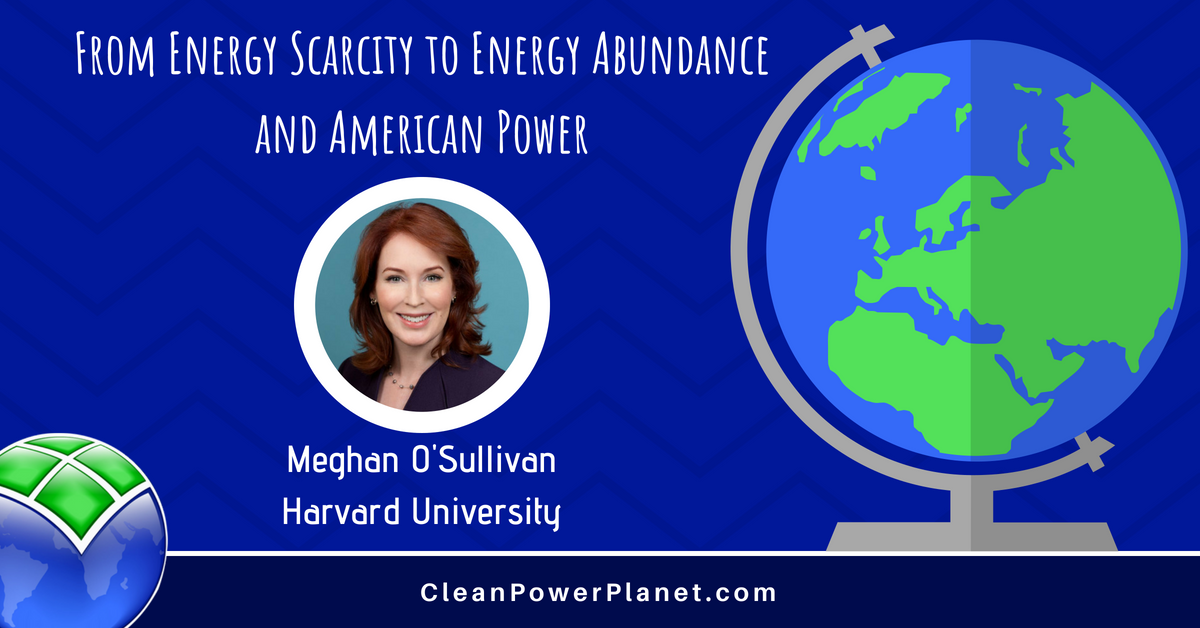 Harvard professor and former Washington policymaker Meghan O’Sullivan was named the 2017 “Energy Writer of the Year” by the American Energy Society for her book Windfall: How the New Energy Abundance Upends Global Politics and Strengthens America’s Power and for her New York Times commentary “How Trump Can Harness the U.S. Energy Boom.”

That’s just the most recent line on her incredibly impressive resume. A couple of the highpoints include, her current role at Harvard University as Director of the Geopolitics of Energy Project. Before heading to academia she served several roles in government. Between 2004 and 2007, she was special assistant to President George W. Bush and Deputy National Security Advisor for Iraq and Afghanistan.

Windfall reveals how the transition from energy scarcity to energy abundance has transformed global politics and boosted American power. In this episode of Clean Power Planet we discuss the geopolitics of energy, which are still largely driven by fossil fuels, but we also dive in on the future of renewables, the pros and cons of natural gas as a bridge fuel, climate change and the need for carbon capture.