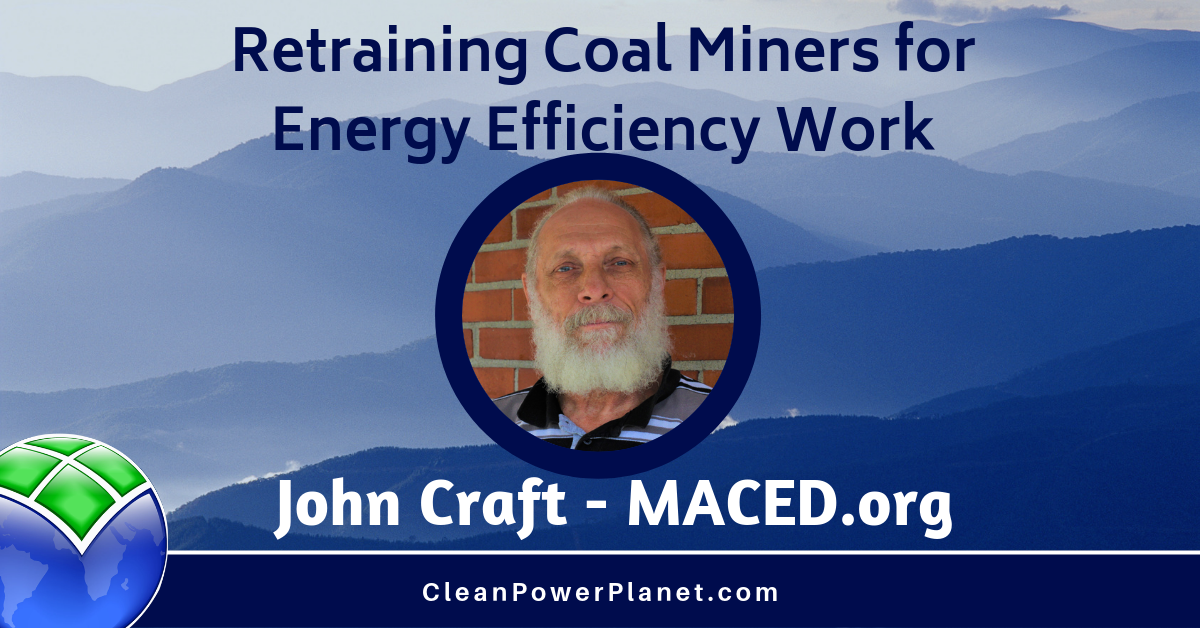 This is the second episode in a three part series about out-of-work coal miners in Eastern Kentucky that are being retrained to do energy efficiency work through the New Energy Intern program.  It was created by the Mountain Association for Community and Economic Development or MACED. In the first episode of the series Rachel Norton from MACED told us about the program.

Today we’re talking to John Craft. He’s spent a lot of his working life as a coal miner, in both underground and surface mines. He started out doing surface mining permit work at 19 and did a lot of different types of mining jobs over the years. He finally left mining in 1995, partly because he got a bad chest x-ray but also because he saw the decline coming in the coal industry.

Now John’s starting his own energy efficiency company, and looking forward to helping people in Eastern Kentucky cut their electricity and gas bills and save money. That means more fossil fuels can stay in the ground. He’s got some great stories to share.

David: So if you realized that coal didn’t have a great future in ‘92 I’d say that you were a few years ahead of people because there’s still plenty of people that are hoping it will come back.

John: Coal will never be back. Ever. It’s too dirty. We can’t do it and live on this planet.

David: When you talk to guys that you used to work with, what do they say about it? Do they feel the same way as you?

John: Everybody I used to work with is on disability man.

Our next episode will feature Frank Morris, another of MACED’s New Energy Interns.

MACED has a lot of fantastic programs for people and businesses in Eastern Kentucky. You can find out more about them at maced.org.

The episodes in this series were recorded at Appalshop in Whitesburg, Kentucky which is a fantastic organization that helps people in the region tell their stories through music, film, video, art – you name it. You can find out more about them at appalshop.org.