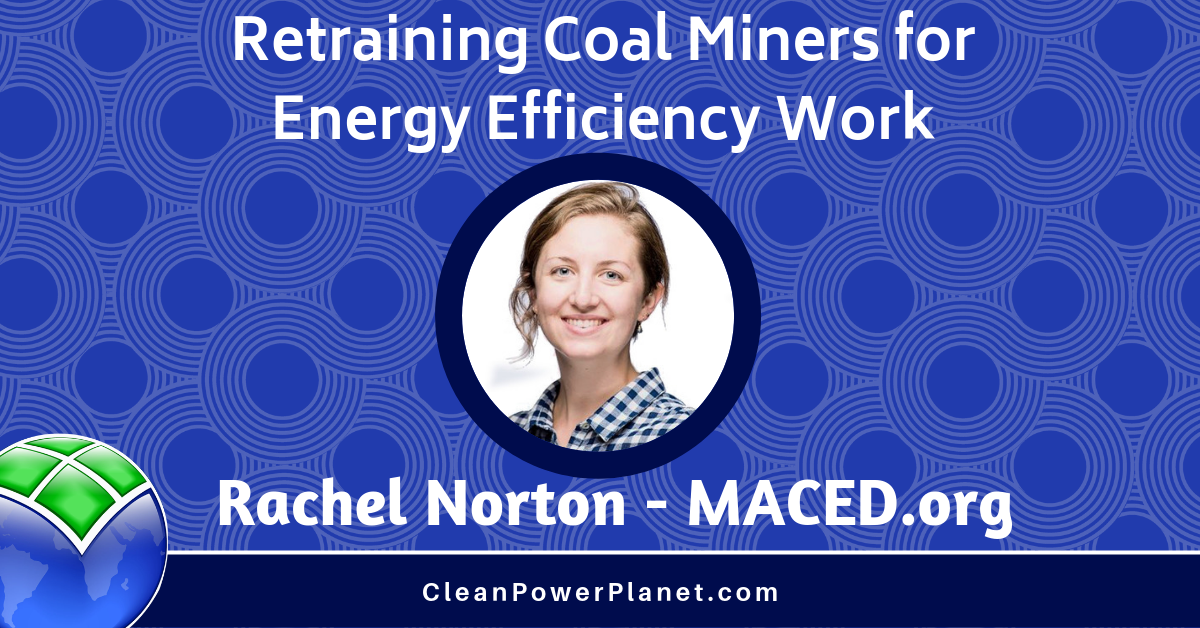 This is a very exciting episode. It’s the first in a three part series about a cool internship program that retrains out-of-work coal miners for energy efficiency jobs. All three episodes were recorded at the historic Appalshop media center in Whitesburg, Kentucky, right in the middle of the Appalachian coalfields.

Our guest for this first episode in the series is Rachel Norton. She’s not an out-of-work coal miner. She’s an energy efficiency expert that works for the Mountain Association for Community Economic Development (MACED) the organization that created the New Energy Intern program. The coal industry in Appalachia has been in decline for many years and it’s left behind a struggling economy with very few job opportunities. Retraining miners to do energy efficiency upgrades has several positive outcomes. Obviously it helps the miners find work or start businesses but it also helps homeowners and businesses lower their energy bills, which allows them to invest the savings in something more important. When energy costs are reduced it helps the entire local economy and the efficiency upgrades pay for themselves through the savings they generate.

Rachel studied Biosystems Engineering at the University of Kentucky. She wanted to find a job that would allow her to work toward a progressive energy future. She knew that there weren’t many opportunities to do that in her home state of Kentucky, but she decided to stick it out because she felt she could do the most good here. MACED has given her an opportunity to make a big difference. She also has her own energy efficiency consulting business called GreenStep.

Our next two episodes will feature Frank Morris and John Craft, two of MACED’s New Energy Interns.
Here is a little more detail about Appalshop. It’s a unique organization that’s been around for 50 years. It houses an art gallery, a theater, a community radio station, and recording studios. It’s really an amazing place that helps people from around the region share their stories. You should check it out at appalshop.org.